Skip to primary content
Skip to secondary content
I like to keep abreast of current affairs. I find important issues such as elections, changing macroeconomic conditions and the name of Kate and Will’s latest to be extremely compelling.
In addition to keeping a watchful eye on these weighty issues I am also drawn to the weird happenings in the world. For instance this week I learnt of a 0.5km fun run in the Texan town of Boerne. That decimal point is not a typo, we’re talking 500m. I could do that – it’s a fraction of the distance I run every day looking for my keys, phone and wallet. The run starts at one bar and ends at another. One hundred and fifty metres into the run there’s a doughnut stand, which is beside a smoking area. It would be fair to say the emphasis is more on fun than run.
You could say the organisers of the Boerne fun run are “taking the piss”, but not as much as IKEA, as this next piece of news will reveal. IKEA recently placed a magazine advert for baby bassinets that doubled as a pregnancy test. Anyone who thought they might be pregnant was encouraged to pee on the ad that was splashed across the magazine’s pages. If they were pregnant the positive test revealed a previously hidden special discount price. If there are couples out there reading this and trying to get pregnant – not at the same time obviously – please note this only works for women.
Some people may discount weird items news as being improbable or inconsequential. Whereas I, having lived with myself these past few decades, find them entirely believable. Furthermore, I find they have value in allowing me to view the weird events in my own life less severely. For example, I read of a job interview that went awry when the applicant fainted and only regained consciousness in an ambulance. Which made me feel better about the time I went to the toilet while nervously waiting for a job interview. When I tried to leave the stall I found I was locked in. With my phone in my car, and my cries for help going unnoticed I resolved to commando crawl under the door. However I was concerned my clothes would get dirty so I stripped to my underwear then squeezed through the gap. While lying horizontal and scantily clad on the toilet floor someone came in; I was relieved – in every sense – when they didn’t hang around. However I did get the opportunity to explain myself fully to them when I saw them on the interview panel. You see it works, you’re already feeling better about your own worst interview.
It is incorrect that News is an acronym for either Notable Events, Weather and Sport, or for North, East, West and South. Rather the clue is in the name; news is to do with new information. Other explanations are fake (news).
Fake news, unlike real news, is intended to deceive. It is not news. Nor is it new – the term was used as early as 1894 in a cartoon by Frederick Opper. We owe a lot to President Donald Trump for the work he has done in the area of fake news. We are especially indebted to his broadening of the term to include accurate news that he doesn’t like.
Real news has power, and the people who vilify the fourth estate, or worse still harm those within it, realize this. News has the power to increase the engagement of ordinary people in society. Initially through increasing their ability to hold a conversation. Secondly, it facilitates the shaping the people’s opinions and beliefs. Then ultimately, news allows people to go out and shape their world. Clearly dangerous stuff.
So I’m going out to buy a quality newspaper with accurate reporting, reasoned editorials and a few job vacancies with interviews by Skype – not in an office block with a dodgy toilet door.
Cartoons

With regard to committing social faux pas the world can be divided into two groups: those who admit to regularly transgressing social norms, and those who lie. For apparently we all embarrass ourselves four times a day on average. Just thinking about myself, I’d consider only four embarrassing moments within a 24 hour period a stellar day. One worthy of celebrating by jumping up and down on the spot and shouting with glee! Oops….

Common embarrassments are tripping over in public, getting food stuck on our face and forgetting someone’s name when introducing them. I consider these to be mere trifles, as I’ve done worse – much worse. Once in a clothes shop a sock of mine got caught inside one of the many pairs of trousers I had been trying on. The trousers were then returned to the clothes rack before I noticed the sock was missing. Soon there were three shop assistants, as well as myself, searching through the many clothes racks to find my lost aging holey sock. However this incident is insignificant when compared to what once happened at the end of a hike in the New Zealand wilderness. I simply had to answer the call of nature, and did so in a remote clearing at the bottom of a small terrace. Only the terrace turned out to be an embankment for a railway. This railway carries a tourist train that twice a day trundles slowly though this area, thereby allowing visitors to see spectacular and unparalleled views of what New Zealand has to offer. On this sunny day in the height of summer the train was packed with tourists in the open carriages, all aiming cameras with gigantic lenses at the virgin scenery (and me). This most certainly colored my cheeks.

It seems to me that embarrassment serves two valuable purposes. Firstly it entertains friends, giving them much hilarity. Secondly it provides material for speech writers at birthdays, weddings and funerals. My funeral may run for days as my blunders, gaffes and indiscretions are recounted; although ironically my funeral may be the one social engagement where I maintain a calm composure.

Psychologists believe the purpose of going bright red is to clearly communicate that we are aware of our mistake. This colourful admission of guilt results in the beetroot-faced being more likely to be forgiven, trusted and liked than those who maintain a perpetual calm. Consequently people showing embarrassment are more likely to be found attractive. So why am I still single? I believe the frequency and scale of my embarrassments has rendered my attractiveness so great that I am viewed as unattainable; sad, but perhaps true.

So the next time you fail to live up to some social standard and you feel the colour rising in your cheeks, take heart in the possibility that a future beau may note your discomfort, and judge you to be both trustworthy and attractive. Who knows, perhaps there’s a tourist somewhere who’s wondering how to contact that woman with her pants down and her colour up. 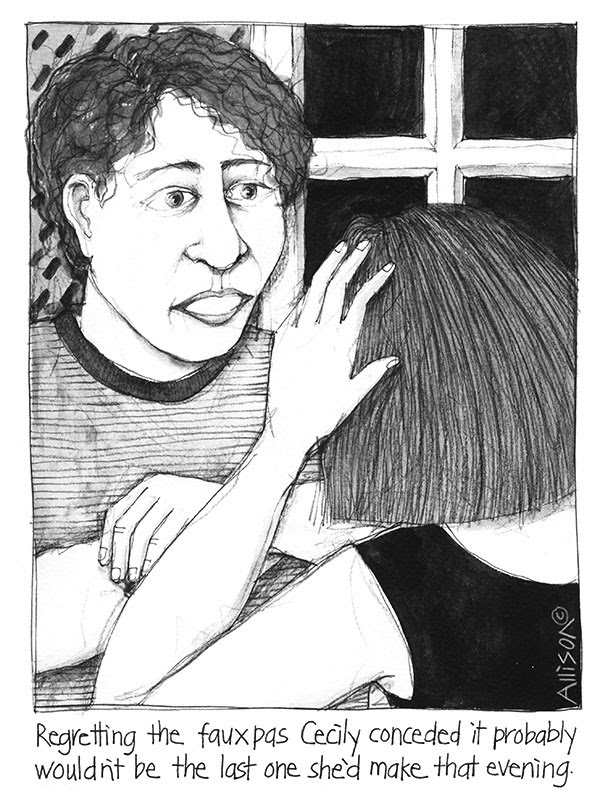 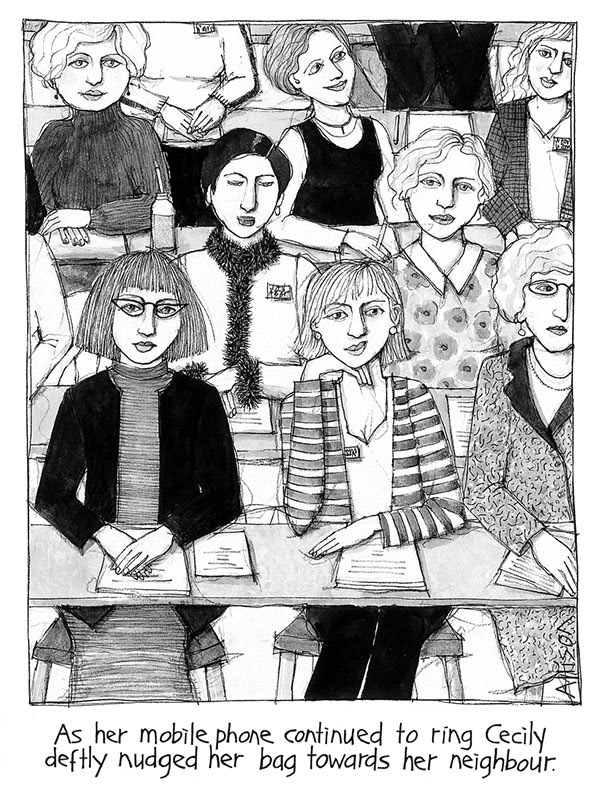